Meet the team behind the development of our latest game: Razor Crazy Cart™: Ultimate Drift 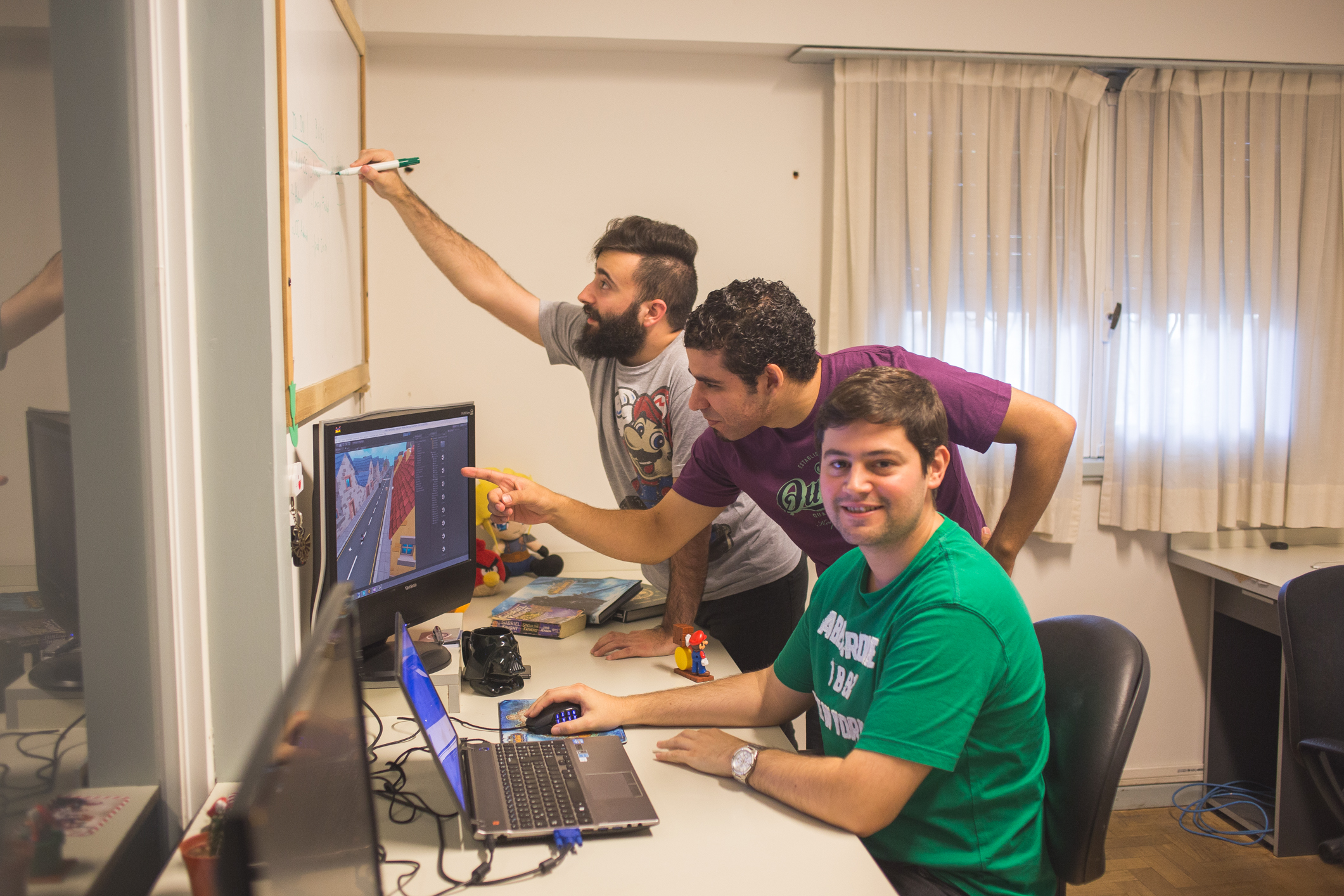 From left to right Mugu, Jorge and Julian “working” on the videogame.

Over the last months these guys were developing a new free-to-play mobile game for Razor®, the world’s leading manufacturer of high-quality scooters and ride-ons.

The purpose of this project was create greater loyalty and engagement between the brand and their customers. We knew we had to give our best to make the users feel the same excitement and adrenaline when they play the video game than when they ride the karting and be able to add all the features of theproduct on the game, such as allows drivers to completely control their drifts, spins, and cornering.

We asked our development team about the things they enjoyed most of developing the game.

Mugu told us ”I  liked start it from scratch and see every process of development, rather than limit my vision to only a portion (for example, bug fixing)”

And for Julian, the best part was “Create random obstacles and stage in real time, based on probabilities. Also I enjoyed showing the game in different conventions and events, so we can improve it based on the feedback from the players.”

Regarding the biggest challenges of the project, for Jorge was “The part of monetization of the game, having never been on that topic, adapt all the different plugins so the game can generate real money was a challenge but I ended up learning a lot about it”. And Mugu says “We had to integrate an looooot of Unity plugins to bear all that was needed, it took quite some time and learning as all plugins have to live under the same ecosystem that is the game itself. This also helped us to improve Trick framework”  Julian agreed with Mugu and also he says that the random crashes on Android were a challenge.

“When the Crazy Cart leave the racing track at any moment and the boxes fly with super strength was the funniest” – Jorge.

“At one point I got to build some barrels that “attacked” the player, and because of a bug, these barrels always knew where the player was, so suddenly the game was impossible because you could not dodge them. In fact, sometimes other obstacles were flying around the stage, it was hilarious!” – Mugu.

“Razor send us a real Crazy Cart, but we never get to use it, because it was delayed at the customs office”  -Julian.

You can Download Razor® Crazy Cart™: Ultimate Drift and start challenging your friends!

The new Razor® Crazy Cart™ video game is available for Android and iOS.

Tweet
This entry was posted in Development. Bookmark the permalink.

One Response to Meet the team behind the development of our latest game: Razor Crazy Cart™: Ultimate Drift