Hi there! Mugu here!. I want to tell you what I think of EVA2014, the most important game development conference in Latin America, we were there with Julian  and The Gnumies the last week. 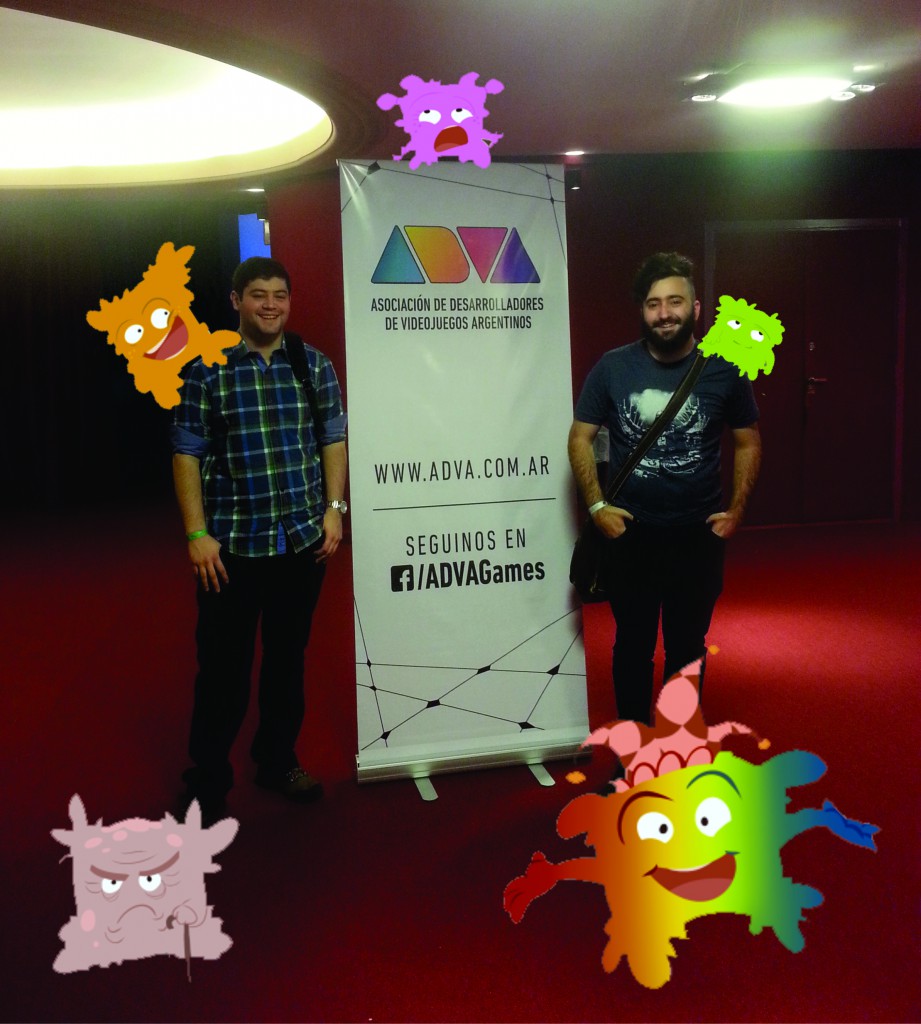 EVA2014 started the past Friday 7 of November in Buenos Aires, it was two day fully scheduled with conferences of all kinds with local and international game developers.
Both international conferences were awesome, the first one on Friday with Carl Callewaer which is a really nice guy and has a lot of knowledge about Unity of course, Unity is one of the most used engines around here. The second one was on Saturday, with the almighty Josh Mandel… I still can’t believe I have seen him so close, it’s one of my childhood heroes, since I played lots of old Sierra adventure games, it was an incredible moment for graphic adventure games!. Talking about the local gamedev conferences I enjoyed most of them, but there were some high moments like the “Non-verbal communication On Game Design” of Daniel Benmergui, it was really awesome and I didn’t know Daniel at the moment, he’s a really smart guy. Another talk that I really enjoyed because it’s not something you would expect on a GameDev event was “Supernatural Horror on Videogames” of Agustin Cordes, i’m totally obsessed with Lovecraft’s works and this was a goldmine to me, we’re really lucky to have him on EVAxMardelPlata the next month!. And last but not least I want to add that there was a section called “Indie Space” for all the Indie games developed here in Argentina, there you could play every game and talk with their developers, lots of talent I have to say. I liked a lot Unveil,  a Survival Sandbox game, and also Disorder a Survival Horror.

In short I want to tell you that this was an amazing event and I think next year is gonna be even better! There’s a lot of potential on our industry and it’s growing everyday.

Hope to see you there next year!
Meanwhile, we would love to see you in the edition of the EVAx in Mar del Plata on December 6, more info here: http://eventioz.com.ar/evaxmdq

Tweet
This entry was posted in Industry, Videogames. Bookmark the permalink.